On making profit from the mispricing of Hive Dollars

Over the years I've tried to make profit by buying and selling Steem Dollars (SBD) and then Hive Dollars (HBD), and doing conversions. This post is a gathering of my thoughts on the matter.

Warning: Unless you have a strong understanding of how Hive Dollars work, you probably should not convert HBD at all, or follow any of the suggestions in this post 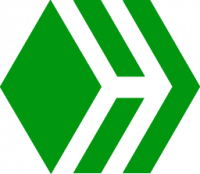 I've written a full post on how HBD works, but to summarize, Hive Dollars are Hive's native stablecoin. If you hold some Hive Dollars, at any time you can execute the HBD_convert smart contract. 84 hours after executing the contract, you will receive the equivalent amount of Hive as the converted amount of HBD in USD, based on the median feed price of Hive over that 84 hours. There is also a convert contract for converting Hive to HBD which works a little differently and incorporates a fee, and there is the HBD Stabilizer in action, which is funded by the DHF, but this post will mostly focus on the basic convert contract.

Challenges to Making Profit on Conversions

In principle with this convert contract, you can buy HBD any time the price is below $1, execute the convert contract, and expect to make the difference in profit. However, in reality there are a number of challenges which make it more difficult than it first sounds.

When you are buying HBD on centralized exchanges, you will be charged a fee. This fee needs to be accounted for when converting, as it cuts into the edge that you would have to make profit on a conversion. On top of the basic fee, there is the spread between bid and ask price, which often represents a hidden fee that traders may not be cognizant of, this spread exists even on feeless exchanges such as the internal market.

This poses a challenge because any order that you have to buy HBD must be in a volatile asset. Either you must be exposed to the volatility risk of Bitcoin or Hive, or you must make two transactions in short succession, doubling the transaction fees and always buying at the ask price (the higher of bid/ask).

Of the 4 available HBD trading pairs, all have poor liquidity. UpBit is much better than Bittrex and the internal market, but even on UpBit it does not take much money to push the price of HBD up as you are buying - causing slippage, which is another 'hidden' cost due to trading an asset with low liquidity. On the other side, when you are selling Hive after a conversion, you still have pretty low liquidity. Much better than the HBD pairs, but still low, it is still easy to have slippage.

This is a psychological problem I have experienced while doing conversions. As there is high variability in outcomes, when you experience a loss after a conversion you may be tempted to keep holding the Hive in the hope of not realizing the loss. In truth, the loss has already been made, and continuing to hold could just as easily result in a greater loss, all while preventing you from taking the opportunity to profit on converting HBD again.

When the HBD debt ratio is sufficiently high to reach the debt limit, HBD conversions take a haircut. When the debt limit is approaching, you will need to adjust the prices at which you buy and convert HBD to account for the risk of getting a reduced return.

Prior to the Hive/Steem fork, I sometimes bought large amounts of Steem Dollars when the price was low and immediately converted. Sometimes this worked out very well, but other times even if it seemed like I made a profit, I struggled to sell the Steem for the full expected value. Often I continued to hold due to loss aversion, and I powered up the Steem as a rationalization to avoid a sense of loss. After years, this did eventually work out ok, but it inhibited my ability to actually profit from mispricing of SBD and later HBD.

Over time I have improved how I attempt to overcome the challenges of profiting by converting HBD.

This means having buy and sell orders for HBD and/or Hive on the market, that are managed in an algorithmic way. Your market maker should have orders at various price levels, and shift its bid/ask prices whenever its orders are filled. The market maker doesn't care if HBD is below or above $1, it is just providing liquidity at any price. As long as the assets it trades don't collapse in value dramatically, a market maker should be expected to slowly but consistently make profit over time, on both the bid/ask spread and the volatility of the assets traded.

You do this both to make profit, and to provide liquidity to the market. Counterintuitively you will find that you can use the liquidity of your market maker yourself, despite the fact that it is already your own money. I have started doing this on the internal market.

2. Don't Convert All At Once

This smooths out the volatility of outcomes, so even if you lose on one conversion, it may be compensated by another conversion a day or two later. There will still sometimes be continuous downtrends where you keep losing money on conversions, so it only partially solves the problem.

3. Vary the size of your conversions

For a little while I started converting 5000 HBD every morning and every evening, just as long as HBD was below $0.99. I now think this was a mistake - the problems of low liquidity, transaction costs etc. diminish significantly if you are converting at prices substantially below $1. Instead of trying to eek out every little edge in converting HBD, it is better to hold your HBD in reserve and wait for better opportunities. You may be willing to convert quite a small amount at $0.99, but you should be prepared to convert a larger amount at $0.95, and a much larger amount at $0.90.

If you are finding HBD price is stable and you are not making many conversions, you can start putting some into savings, so that it is making at least some return. Later when HBD is starting to diverge from $1 again, you can withdraw it either for more conversions, or to simply sell at prices above $1.